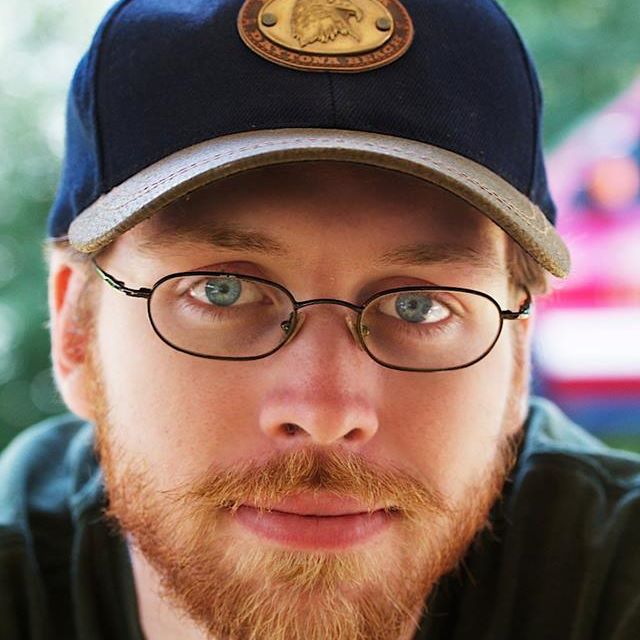 My name is Derek de Witt. I am an ecological storyteller who has been educating people about biology and ecology for over 10 years.

I started Nature Stories as a weekly nature blog to share my love of the natural world with others. Over a three-year period, I was able to hone my storytelling abilities for future pursuits. I enjoyed writing the blog immensely, and used what I had learned to expand Nature Stories into an in-person experience. This would allow for more of a back and forth between me and my audience, helping us learn from each other. Everything in nature has a story to tell. Just like a good novel where you imagine yourself in the place of the protagonist, these stories help you identify with the natural world.

I have always been fascinated with nature. Some of my favorite memories growing up were visits to the New England Aquarium in Boston to see and learn about the animals there. Sea turtles have been a particularly favorite subject of mine, but my interests cover a wide variety of potential topics including animal behavior and plant diversity.

I graduated from Macalester College with a Bachelor’s degree in Biology and Florida Gulf Coast University with a Masters in Environmental Science. With my background in ecology and environmental science, I have conducted behavioral research on nesting sea turtles in Central America and West Africa. I have also furthered my knowledge of the local flora and fauna of Florida through the Florida Master Naturalist Program.

I have been lecturing about nature for more than 10 years, going back to when I first arrived in Florida. I taught Biology Labs during my time as a graduate student at FGCU, but some of my most personally rewarding opportunity was spent volunteering at the Conservancy of Southwest Florida. While there, I gave tours of the nature center to visitors and informative talks about snakes, sea turtles, and other topics. I have also given volunteer talks at the Rookery Bay Nature Center and Everglades Wonder Gardens.

Nature isn’t some separate far away place or thing. It’s a part of us and we are a part of it. Stories help us learn and grow. I feel this is best reflected in the quote below. The look on someone’s face and the sound of their voice as they learn something new about the natural world is incredible to witness. I call these ‘ah-ha’ moments and they have been some of the best experiences I have ever had. My goal is to be able to share these moments with other people and allow them to see nature in a new light.

“People think that stories are shaped by people. In fact, it’s the other way around.”
-Terry Pratchett

I was able to explore my interest in sea turtles with two separate semesters of field work. The first in Costa Rica during my time as an undergraduate at Macalester College and the second in Ghana, West Africa as part of my Masters Thesis research at FGCU. I find animal behavior fascinating, especially as it relates the the surrounding environment, an area of study known as behavioral ecology.

In Costa Rica, I worked in a small village on the Caribbean near the Panamanian border called Gandoca. I decided to look at the false crawl behavior in nesting leatherback sea turtles. A false crawl is when a nesting female turtle emerges onto the beach to lay her eggs, but returns to the ocean without attempting to do so. This behavior and the reasons for it are still not fully understood.

I decided to test whether nesting females were using a temperature cue as part of that behavior by measuring the sand surface temp at the nest location and the turnaround point for false crawls. I also looked at the presence and size of debris near nests and false crawls. Both natural and man-made obstacles are a potential hazard on many nesting beaches. The results of this were mostly inconclusive.

The title of my Masters thesis was ‘Tidal and Lunar Correlates on Sea Turtle Emergence Patterns in Ada Foah, Ghana.’ Several years earlier, my academic advisor had begun a nesting sea turtle tagging program in a small coastal village in Ghana, West Africa called Ada Foah. Several species of sea turtles nest there, but only two in any significant numbers: the leatherback and the olive ridley.

From the beginning, locals would often ask what we were doing on the beach at night. When replying that we were looking for sea turtles, many would comment on it being a good or a poor night for them, mentioning that the water or the moon was not right.

In addition to spending a nesting season in Ghana, I was able to take the accumulated data from previous years and attempt to find correlations to the position and phase of the moon or the tide level and female sea turtles emerging to nest. To my surprise, there were some correlations, including with moon position, a variable that neither I, my advisor, or any other sea turtle researchers could recall being studied before.

While in Ghana, we also had received funding to place several satellite transmitters onto olive ridley sea turtles to track their movements after nesting. Unfortunately, the transmitters did not stay affixed for very long, but we did see some interesting movements while they did.